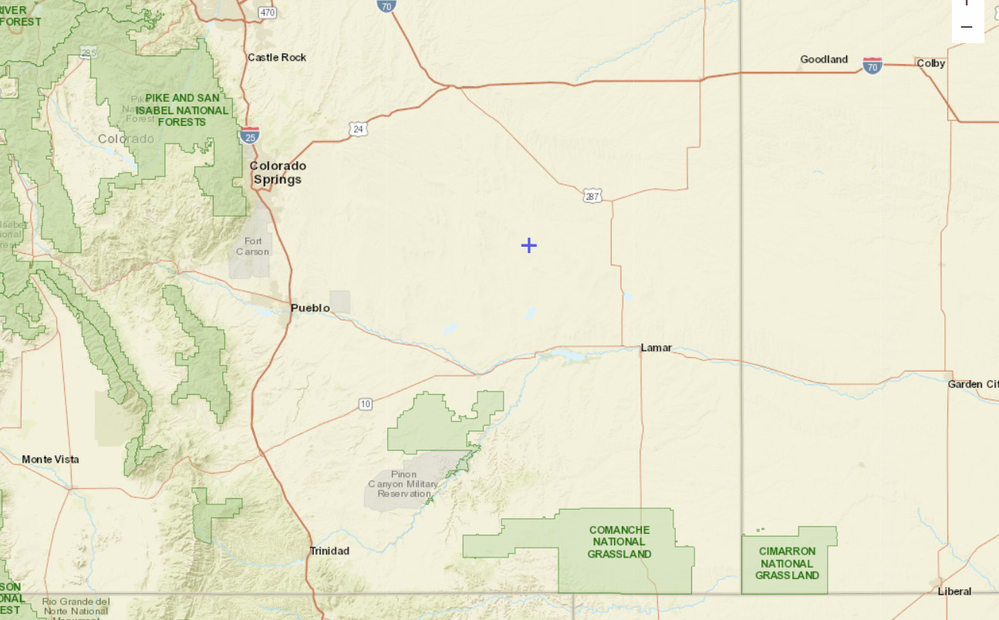 The Cimarron and Comanche National Grasslands are part of the Pike and San Isabel National Forests (PSICC) and make up the most diverse forest throughout the five-state Rocky Mountain Region, covering three million acres. The Forest Service works within local communities across the landscape to successfully provide recreation opportunities, ecosystem services and resource production on these public lands.

PSICC is a busy urban national forest noted for the majority of fourteen thousand foot peaks in Colorado and its span from Colorado’s Front Range to the wide-open grasslands of western Kansas. Over 60 percent of the water used by metropolitan area of Denver, CO originates from the South Platte River.

The forest celebrates a wealth of significant experiences from historic cabin rentals to the birthplace of developed recreation on the San Carlos Ranger District. The Comanche Ranger District lays claim to the internationally known dinosaur trackway at Picket Wire Canyon and continues to excite researchers and visitors alike with new discoveries. With nine Wilderness areas, numerous Scenic Byways and a full spectrum of outdoor opportunities, it is no wonder that the PSICC ranks third highest in the nation for recreational visits at national forests.